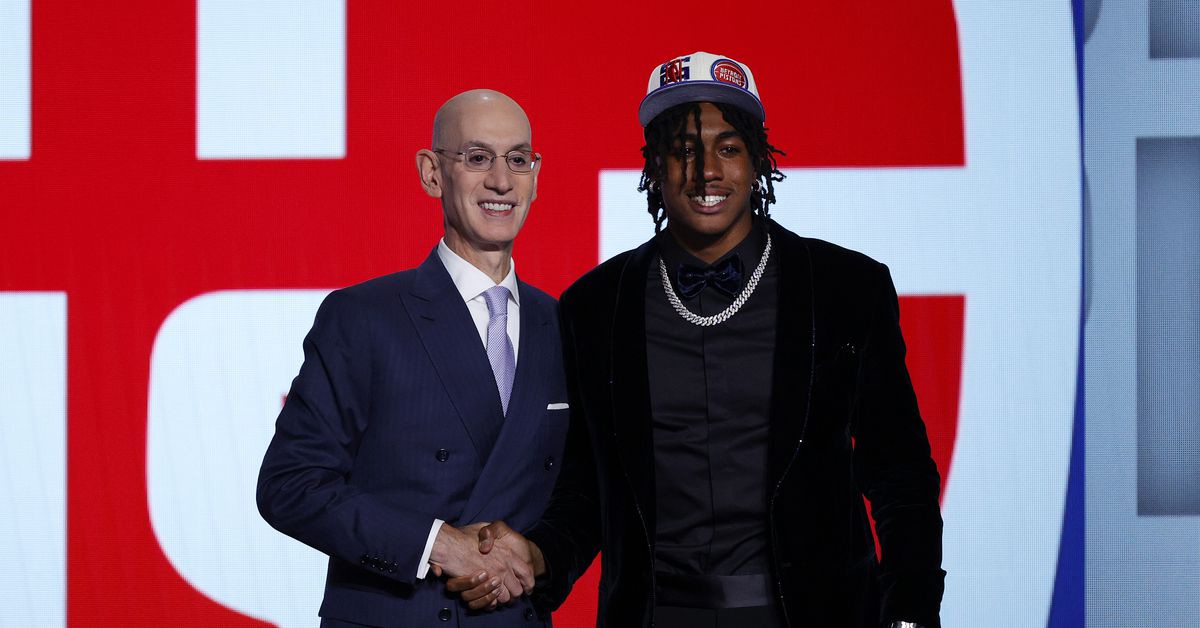 The build up to the NBA Draft is a long and slow process. Pro scouts spend years evaluating the prospects in any give draft class, media members rush to crank out as much draft content as possible once the lottery order is settled, and players visit teams all around the country hoping to prove they’re worthy of a selection. When draft day finally comes, the marathon turns into a sprint, and suddenly everyone is left trying to catch their breath after what just happened.

The 2022 NBA Draft was a blur from the start. The expectation for months was that Jabari Smith Jr. would be the No. 1 overall pick to the Orlando Magic. Minutes before the Magic came on the clock, there were rumors that the Magic were actually leaning toward Duke forward Paolo Banchero. Banchero himself said he didn’t know he was going first overall until 30 seconds before his name was announced.

The uncertainty with the top pick set the tone for an unpredictable night. Now that the dust has settled, here’s our winners and losers from draft night.

The Pistons were thought to be the biggest losers of the lottery after coming away with the No. 5 pick in a draft with four top players. Fortunately for Detroit, good things happen in the NBA Draft when you pick after the Sacramento Kings. The Pistons had Purdue stud Jaden Ivey fall into their laps at No. 5, and then pulled off an aggressive move to land Memphis center Jalen Duren at No. 13. We had both players ranked in the top-five of our big board, which makes Detroit the biggest winners of the draft by a mile.

Ivey’s speed and athleticism is a perfect match next to Cade Cunningham’s more deliberate playmaking. Cunningham can space the floor and defend the tougher assignment. Ivey can provide incredible rim pressure with his speed. This is a thunder-and-lightning style backcourt combination that is going to give opponents fits for years to come.

Grabbing Duren at No. 13 is also an incredible piece of business. He adds another monster athlete to the roster who should slam home lobs from Cunningham and provide excellent rim protection behind Ivey for years to come. We like Duren for his mega long-and-strong frame, explosive leaping ability, versatility in pick-and-roll coverages, and short-roll playmaking ability. Earlier this month, I wrote that the Pistons should have taken him at No. 5 if Ivey was off the board.

Detroit suddenly has one of the brightest futures in the league after coming away with two of our top-five players in this draft class. What a great haul.

Hours before the draft, this graphic from ESPN circulated on Twitter:

The Kings couldn’t really botch the draft again with the fourth pick in a four-player top tier, right? Wrong. Sacramento committed a cardinal draft sin by going for fit over the best player available. Ivey clearly had the most upside and star-power of any player left on the board, but Sacramento passed on him for Iowa forward Keegan Murray. This is nothing against Murray, who should be a good pro for a long time with a 6’8 frame and a sweet shooting stroke, but he simply doesn’t have the ceiling of someone like Ivey.

The Kings were so concerned about the fit between Ivey and De’Aaron Fox that they let a better prospect slip through their finger tips. We knew the Kings held the keys to this draft from the very start, and it should be no surprise that they made the wrong decision after years of mismanagement. Murray is going to be a good player, and we wouldn’t be too surprised if he ends up having a better career than Ivey, but we’re dinging Sacramento for process instead of results here. A franchise like the Kings — who haven’t made the playoffs since 2006 — need to swing big in the draft. Instead, they were just trying to hit a double.

Everyone thought Jabari Smith Jr. was going to be the top pick to the Magic — including Banchero, who kept canceling his workouts with Orlando because he didn’t think he had any chance of going No. 1. In fact, only one outlet projected Banchero to the Magic after the lottery was settled — and that was us.

Banchero had been my top player in this class from my very first board the day after the 2021 NBA Draft to my final board this week. I wrote about why the Magic should take him after they won the rights to the No. 1 pick in the lottery. He was both the best player and best fit in my eyes, and Orlando eventually came to the same conclusion.

Here’s my big breakdown of why Banchero is the best prospect in this draft class. Ultimately, it comes down to his ability to create shots for himself and others at 6’10, 250 pounds. Smith is the better shooter, Holmgren is the better defender, but no one runs an offense as well as Banchero does. I also like the Magic picking up Michigan wing Caleb Houstan in round two. Houstan had a super disappointing freshman year with the Wolverines, but his size and shooting potential on the wing makes him a decent second round bet.

The Hornets came into the draft picking at No. 13 and No. 15. Everyone knew the Hornets needed a center, and two great options — Jalen Duren and Mark Williams — were still on the board when they first came on the clock. So Charlotte executed a trade, sending the rights the No. 13 pick to the Knicks, which was re-routed to Detroit, and eventually became Duren. The Hornets took Williams two picks later.

Williams is an obvious fit with Charlotte as a rim runner/rim protector with a ridiculous 7’7 wingspan. He’s going to be good there. We simply had Duren rated as a much better prospect because he’s more versatile on both ends of the floor. Williams isn’t a plus passer or plus shooter — he’s mostly just going to run and dunk and block shots, and that’s perfectly okay. We just think Duren has more playmaking ability in the short roll and can play a variety of pick-and-roll coverages, while Williams can only really play drop.

In return for the No. 13 pick, the Hornets scooped up the Denver Nuggets’ 2023 first rounder. We expect the Nuggets to be title contenders with Jamal Murray and Michael Porter Jr. coming back, so that pick probably won’t be too high. We would have preferred the Hornets just take Duren, and then maybe move off of No. 15. Of course, Charlotte was also trying to clear space to bring back Miles Bridges, which they should absolutely do. We just think their draft night could have gone better.

I was so excited for the Paolo Banchero-Jalen Green pairing that looked imminent. Instead, the Magic shocked the world by taking Banchero at No. 1, which allowed Jabari Smith Jr. to slide down to No. 3. While we would have given the Magic a B for taking Smith first overall, the Rockets get an A for taking him at No. 3. It just feels like a more appropriate spot for his skill set, and the fit is wonderful alongside Green.

Smith is amazing shooter at 6’10, and he’s also a good defender. He’s going to create an ocean of space for Houston’s other players to attack. With their other first round picks, the Rockets selected two other players who can make defenses pay in space. We love Tari Eason — Houston’s No. 17 overall pick — for his ability to get downhill and attack the basket while also being a buzzsaw on defense. The fact that Houston got TyTy Washington, a potential lottery talent with plus length and a killer midrange game, at No. 29 makes their draft haul even more impressive.

The Rockets already had an awesome young talent in Jalen Green to begin the rebuild. Smith, Eason, and Washington are all going to make Green better while improving the overall talent base of the roster. Houston’s future looks much brighter today than it did last week.

Shaedon Sharpe decided not to play for Kentucky after enrolling midseason as next year’s No. 1 recruit. It was the best decision he ever made. While top prospects like Jaden Hardy and Patrick Baldwin Jr. damaged their stocks immensely by playing at the next level, Sharpe used his mystery man appeal to go No. 7 overall. You wonder if other top prospects will follow this route in the future.

Baldwin and Hardy were each top-five high school recruits who probably go in the lottery if they don’t play last season. Baldwin ended up having a terrible freshman year at Milwaukee for a variety of reasons, and slipped to No. 28. Hardy faced tough competition in the G League Ignite, went through growing pains, got better as the season went on, but still fell to the second round. Meanwhile, Sharpe ducked competition and figured his physical tools alone were enough to make him a lottery pick. He was right.

The Knicks entered the draft with the No. 11 pick. They didn’t use it. After several draft day trades, New York came away with three first first round picks, but all of them are lottery protected or projected to be near the end of the draft order. Here’s what the Knicks came away with:

New York also cleared $18 million in cap space, which they reportedly want to throw at Jalen Bruson. Maybe these moves will eventually look good for the Knicks, but at the moment it hurts to miss out on a lottery pick while getting back picks that will be less valuable.

The Grizzlies have earned more trust for their draft day decisions than any front office in the league. That’s what happens when you find Desmond Bane at No. 30 overall a few years ago, and Brandon Clarke in the 20s.

Memphis came away with Jake LaRavia, David Roddy, and Vince Williams. LaRavia and Roddy are big bodies with versatile skill sets, while Williams was one of the analytical darlings of this class for his shooting touch, scoring efficiency, playmaking, and ability to force takeaways on defense. The Grizzlies know what they’re doing on draft night, as always. 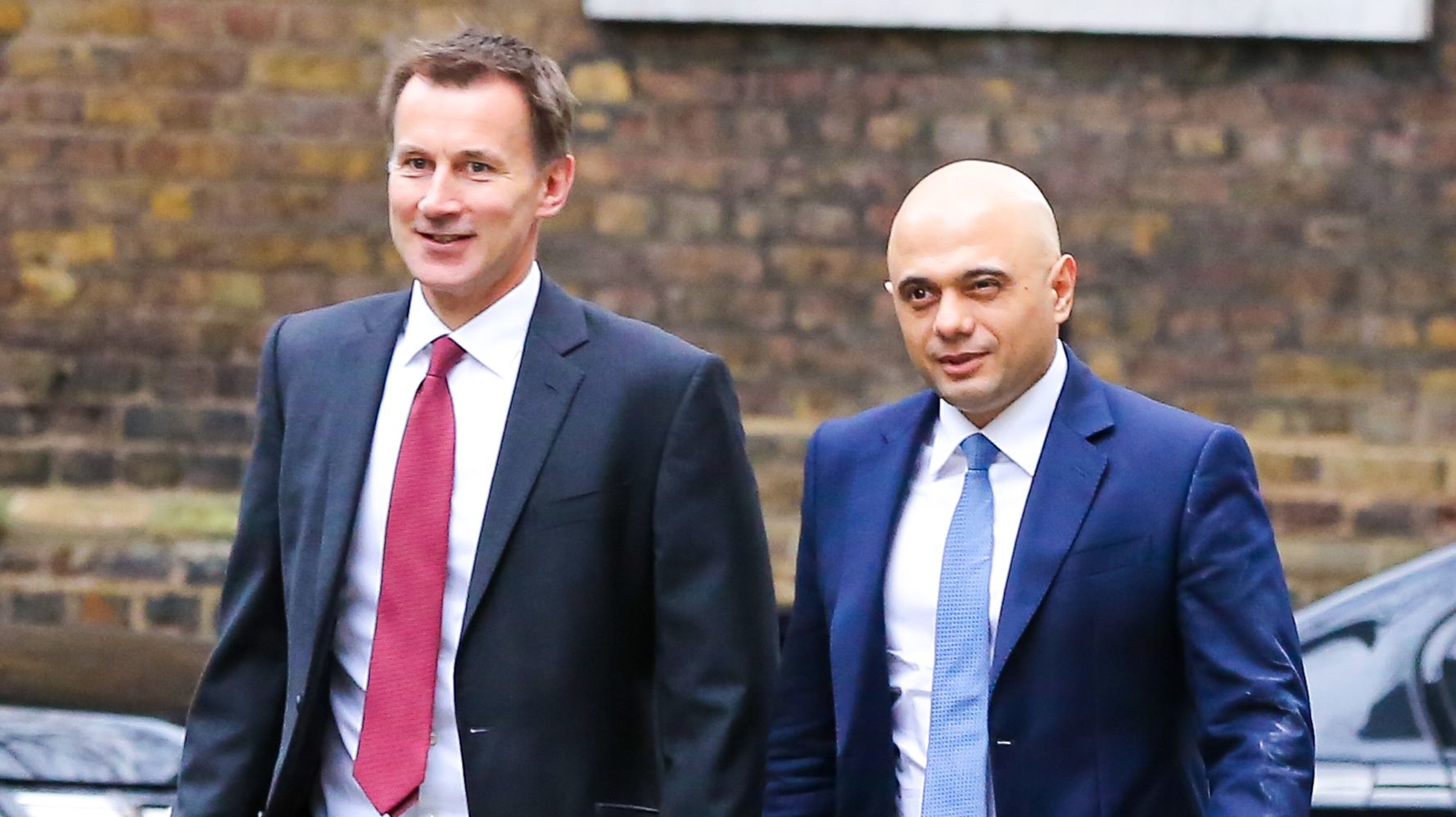