The Winnipeg Blue Bombers started the season with a pair of victories, but they didn’t look like reigning back-to-back Grey Cup champs in the process.

In short, the offence was mediocre and the defence got scorched through the air.

But the Bombers looked a lot more like themselves on Friday night at IG Field in a 26-12 win over the visiting Hamilton Tiger-Cats in front of an announced attendance of 23,600 fans. The Bombers remain undefeated and improve to 3-0 while the Ticats drop to 0-3.

They tormented Ticats quarterback Dane Evans all night long, the Bombers’ offence made big plays when they had to, and on special teams, kicker Marc Liegghio was a perfect 3-for-3 on field goals.

The defence, a unit that’s allowed just one touchdown in 12 quarters of play this year, shone the brightest. They held the Ticats to 32 yards rushing and forced Evans into two interceptions. Hamilton’s offensive line had no answer for defensive ends Willie Jefferson and Jackson Jeffcoat.

“We’re relentless. As a group, we feel as if we’re the most dominant group on the team,” Jefferson said postgame.

“That defensive line, if we can start it and make it hard for the quarterback and running back, and a couple of those receivers that try to come in and block us on run plays, we’re going to make it easy on our DBs. We’re relentless. We want to run to the ball; we want to make teams try and get it to the outside. We want to beat up on teams all game, and we don’t want to stop.”

“First and foremost, the atmosphere our fans bring to the stadium. If you want to call it momentum, the atmosphere, all the different things that a great crowd brings, I think that plays a part,” quarterback Zach Collaros said.

“You should win at home. Everywhere I’ve ever been, college, high school, professionally, you’ve got to defend your home turf. And we’ve done a good job of that.”

The Bombers came out of the gate firing as Collaros connected with go-to target Greg Ellingson for 46 yards on their first play of the game. They ended up settling for a 45-yard field goal from Liegghio — his longest make of the season — to open up the scoring.

It was more of the same on the next drive with Collaros getting the ball moving with a 35-yard pass to Rasheed Bailey. An 11-yard sack would force Winnipeg to walk away with another Liegghio field goal, this time, a 30-yarder, to go up 6-0.

Hamilton would jab back with a three of their own. They should’ve taken the lead as Evans threw a perfect pass to Steven Dunbar Jr., who was covered by cornerback Demerio Houston who suited up in place of an injured Winston Rose, but the receiver couldn’t hang on.

Fast forward to the final minutes of the second quarter, the Bombers — leading 7-6 at the time — were backed up in their own end and Collaros tried to force a play. He was intercepted by Ticats halfback Richard Leonard to put Hamilton in prime position at Winnipeg’s 27-yard line. Evans and Co. would squander the opportunity by gaining two yards in two plays before sending out Michael Domagala for his third field goal of the half.

Collaros quickly put the pick behind him and marched the team 59 yards down the field to take a 14-9 lead into halftime. Receiver Nic Demski made a highlight-reel catch at the goal line to set up Brady Oliveira for his first touchdown of the year. Oliveira led all rushers with 56 yards on 15 carries.

The Bombers would start the second half with the ball, but the mood on Chancellor Matheson Rd. took a turn as Demski left the game with an injury after catching a pass. Demski appeared to have overturned his left ankle as a Ticats defender took him down. He immediately slammed the turf in frustration with his fist before limping off the field and heading to the locker room. Fellow Canadian Brendan O’Leary-Orange took his place for the rest of the contest.

After catching one pass for zero gain in Week 2, Demski was having his best game of the season with six catches on seven targets for 96 yards.

“I love Nic. Love the guy. He’s a heck of a football player, a heck of a person. That catch he made (at the goal line), I still haven’t seen it, yet, but I imagine it was a great catch, because I had to throw it kind of away from the safety,” said Collaros.

“I’ve watched him in practice do that for years, now, so I have all the faith in the world in him. For him to go down was tough. I thought Brendan did a great job stepping in, made a couple of catches, knew exactly what to do in situations.”

Shortly thereafter, Liegghio hit a 41-yard field goal to give the home team an 18-9 edge after three quarters.

From there, it was the Willie Jefferson show. The star defender entered the night with zero sacks in 2022, but it was only a matter of time before the 2019 CFL’s Most Outstanding Defensive Player made some splash plays. Jefferson stomped out Hamilton’s first drive of the fourth with a 10-yard sack. On their next drive, Jefferson got everyone on their feet with a 30-yard pick six to make it 25-9. Evans rifled a pass to Dunbar Jr. but Houston delivered a hit that popped the ball out and into Jefferson’s grasp.

“Just another night at the office. I come into every game, every week, just wanting to be dominant,” said Jefferson.

Keep up to date on sports with Mike McIntyre’s newsletter that is sent out each Thursday.

A similar play would happen around the two-minute mark with Evans once again throwing to Dunbar Jr. This time linebacker Adam Bighill was there to deliver a crushing blow to put the ball in the air for defensive back Nick Taylor to grab.

It was a rough outing for Evans who already came into the game with a league-leading seven turnovers. The Ticats pivot finished the game 25-for-42 for 237 yards. Collaros completed 21/32 passes for 302 yards and a pick.

The Bombers play next on July 4 when they head to Toronto to take on the Argonauts.

Eighteen years old and still in high school, Taylor got his start with the Free Press on June 1, 2011. Well, sort of…

Immunotherapy, unions and a dwelling revival | The Week British isles 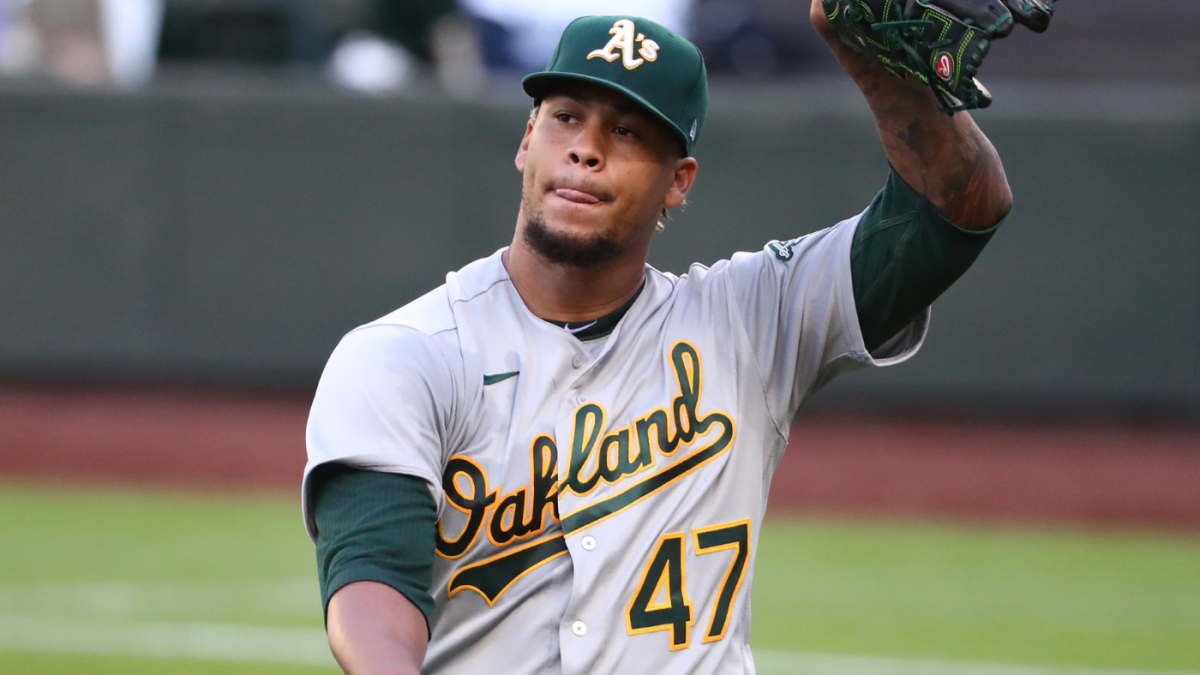 Frankie Montas trade grades: Yankees get ‘A’ for landing starter and hanging onto top prospects